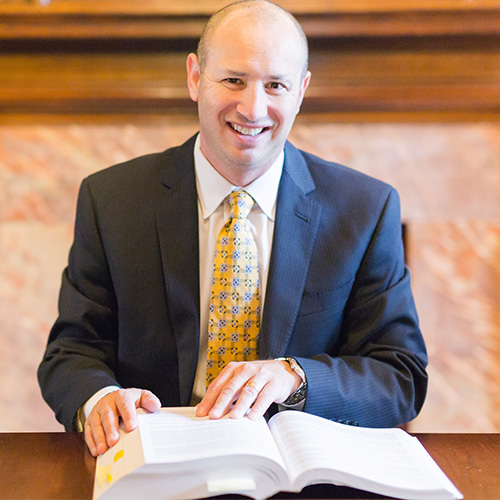 Jeff has been a tireless advocate for the rights of injured police and correctional officers, firefighters, and public safety workers for over 29 years. He frequently represents law enforcement officers injured in the line of duty from many of the law enforcement agencies in Maryland, and has represented thousands of other individuals in workers’ compensation claims and personal injury cases throughout his career.

Jeff earned a Bachelor of Arts in Political Science from Towson University in 1988. He earned his Juris Doctor at the University of Baltimore School of Law, graduating with honors in 1991. He began his legal career in 1991 as an Associate at a local law firm, handling personal injury and workers’ compensation claims. In 1992, he joined what is now Ezrine, Castro & Stavisky, P.A. initially as an Associate and became a partner in 1997.

Jeff is married and lives in Baltimore County with his wife and two daughters. In his spare time, he coaches and referees youth soccer.